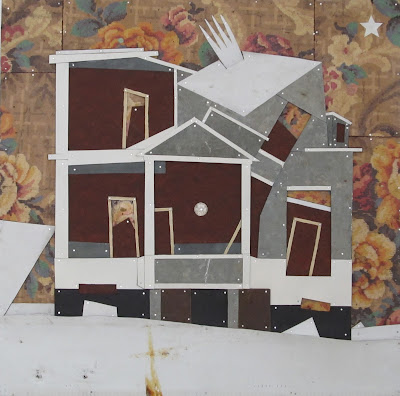 This is the sixth large version of the Shattered House. The Shattered Houses are based on a photograph of a smashed and distorted, but still standing house on Duffus Street in the aftermath of the 1917 Halifax explosion and come out of my Disaster Ship series last shown at the Art Gallery of Nova Scotia in 1998. Penny found this particular linoleum on Amazon. The significance of American linoleum as the 100th anniversary of the explosion nears struck me as a workable and appropriate metaphor in the evolving series.
at February 12, 2017