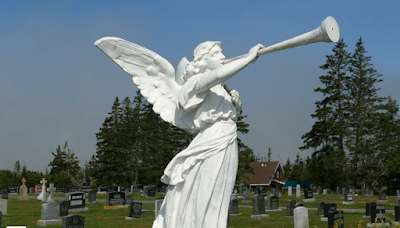 We Are Where Infinity Begins 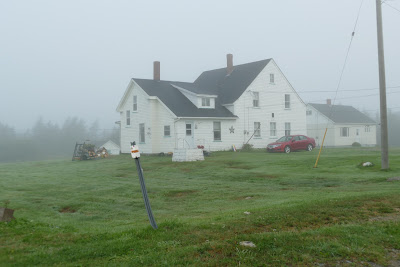 I’m a Sang-Mêlés, Acadien, a registered Section 35 Aboriginal person. I belong to the Eastern Woodland Métis Nation of Nova Scotia. I have French/Souriquois ancestry. Though we identify with our Manitoba Métis cousins and use the word Métis, as Louis Riel described for mixed Indian and French peoples, we are not Métis, we are the Sang-Mêlés.

The Sang-Mêlés are the oldest mixed blood people in Canada being established in the 18th Century. We have persisted as an aboriginal people because our territory is small, a thin band of communities along the western Nova Scotia shore, in reality the size of a large Native reserve.

My clan comes from the territory known to our Souriquois ancestors as Ke’pek. My mother called this place Cha’bake. The word is the same Algon’kin root as Québec, the narrowing of waters. This area is an open arm of the sea first explored by Samuel de Champlain in 1604, which narrows to the Tus'ket River with Pomem’kook (Pubnico) on the eastern shore and my family home Tus'ket Wedge (Wedgeport) on the western side. The area is the traditional territory of the Souriquois, people now known as the Mi’kmaw Acadia First Nation.

Three peoples lived on this land, first, the Souriquois, then the confederated French/ Souriquois of the fur trade who became the first Sang-Mêlés, then after the Expulsion the returned Sang-Mêlés, often refered to in historical records as the Acadian Militia. Our families didn’t begin to marry outside of L’acadie Ke’pek until after the Second World War, so the ancestral bloodlines are still strong and clearly defined. We are the first mixed blood people in Canada. The Métis flag used in Canada depicts a white infinity symbol on a blue background. The image is symbolic of the idea Métis or historic mixed blood status cannot be extinguished. The Sang-Mêlés of L’acadie is where infinity begins.

We diverge from the stereotypical Acadian/Land of Evangeline people’s narrative, because we never left. Unlike the pacifist Acadians who were deported to the British American colonies and beyond during the Expulsion (1755), my people and our Souriquois cousins escaped from L’acadie to Canada, which at that time was just across the border at the Tantramar, (New Brunswick.) The Sang-Mêlés were a warrior class, we waged armed struggle against Edward Cornwallis at Halifax; we were not passive sheep gathered together in a church and lead onboard ships to exile. The Sang-Mêlés fought when they could, then after the fall of Canada (Ville de Québec) in 1759, gradually returned to their territory around Ke’pek after enduring the relocation camps at Halifax.

This is an easily verifiable historical statement because the preponderance of Acadien surnames in our clan don’t appear in the lists of the deported at Grand Pré. The returned Pothier, Muise, Surrette and Duon all have historically acknowledged Native grandméres and we are only at the beginning of our genealogical investigation.

Actual proof of our existence as a people lies in the government papers of Edward Cornwallis and his successors at the Archives in Halifax. In Jon Tattrie’s, book, Cornwallis, The Violent Birth of Halifax, Pottersfield Press, 2013. Tattrie details how official government minutes disclose the reservations of paymasters who believe some of the scalps taken during the bounty were from the Sang-Mêlés Acadien. We are fortunate such evidence still exists because of the efforts of racist Land of Evangeline Acadians to write us out of history. We can hardly blame our Native and Métis cousins for forgetting about us when our own Québecophile Acadian historians and intellectuals prefer to deny our existence. The passage from Tattrie is appended to this paper.

In 1847 American college professor, Henry Wadsworth Longfellow published his epic fictional poem Evangeline. This literary construction written in English posited the Acadians as a pure blood, French speaking white race. It’s a paradigm that persists to this day. Longfellow’s poem gradually began to be taught in schools and embraced by the racist, colonial Government of Nova Scotia, who enforced this artificial cultural straight jacket on the returned Acadien. In two generations, with insidious help from the Roman Catholic Church and priests who falsified our living genealogies, the Sang-Mêlés Acadien began to picture themselves as a lesser kind of racially pure Québecoise. This absurd racist construction precipitated the final split between the Sang-Mêlés and their Mi’kmaw cousins, who were even more stigmatized and reduced to virtually non-human status compared to the Land of Evangeline Acadians. Growing up in Halifax in the 1960’s I was aware French speaking Acadians were a second-class people, socially above the Mi'Kmaw and indigenous blacks only by virtue of their white skin. From this perspective it’s easy to see why the Sang-Mêlés assimilated.

Sang-Mêlés consciousness is a relatively new thing. Until our enlightened period of Recognition, Restitution and Reconciliation Acadians were content to view themselves as a lesser kind of Québécois, tucked away in their little corners of the Maritimes, the living embodiment of Longfellow’s people of the Expulsion. This attitude was underlined by both the Roman Catholic Church and an evolving Acadian intellectual and cultural elite centered on College Sainte-Anne, a French language Catholic undergraduate school founded in 1890 at Church Point, Nova Scotia. Gradually histories of the Acadians were written, mostly by Acadian scholars in Québec, some funded by separatist governments and predictably these historians erased the Sang-Mêlés from their white supremacist histories.

The first authoritative history of the Acadien, from which most of my narrative originates, was published by James Hannay, a New Brunswick historian in 1879, little more than a century after the Expulsion. In it Hannay frankly states the first Acadien were a mixed race people and details the split between the pacifist pure blood Acadians, established by Charles d'Aulnay at Port Royal and Grand Pré and the activist old stock Sang-Mêlés Acadien. Hannay’s history is now smiled on by Acadian scholars as the product of an aggressive, racist Anglophone. Ironically the main criticism of Hannay’s history is his supposed negative depiction of the Souriquois and his conventional (for the 19th century) use of the word savage. I can’t agree with this analysis particularly where Hannay quotes Samuel de Champlain’s history of his visits to Canada and Acadia in the early 17th century. Hannay obviously quotes Champlain extensively and uses the word savage as Champlain did (sauvage) to infer a person or people who live in the wilds. Hannay does later use savage in the conventional construction meaning (vicious), but only in the context of the French and Indian War (1754-63,) where my Souriquois ancestors were indeed vicious and savage and waged a war of extermination on neighbouring tribes aligned with the British. Otherwise Hannay, with a few exceptions is very respectful of the Souriquois and describes them as having a highly ordered society and presents our great ancestor King Membertou as a thoughtful statesman.

The secret of our mixed blood was so profoundly hidden that I had no idea I and we had native heritage until I was in my thirties, then the dam broke with the publication of Roland Surrete’s Métis/Acadian Heritage 1604-2004 and the formation of the Eastern Woodland Métis Nation. More recently, Sébastien Malette, et all’s, An Ethnographic Report on the Acadian-Métis (Sang-Mêlés) People of Southwest Nova Scotia, has created a bedrock for the Sang-Mêlés Acadien to reclaim an almost vanished nation.

“When it comes to the Eastern provinces of Canada, many Métis live there persecuted in the attire of the Indian costume. Their villages are villages of indigence. Their Indian title to the land is, however, as good as the Indian title of the Métis of Manitoba.”


We are a small nation, but we are also undoubtedly the first mixed blood people of Canada. We have lived in our territory since the beginning of time. We hope our Manitoba Métis cousins will come to accept our friendship and in time look upon us as their family in the east.

I offer my best wishes and respect. 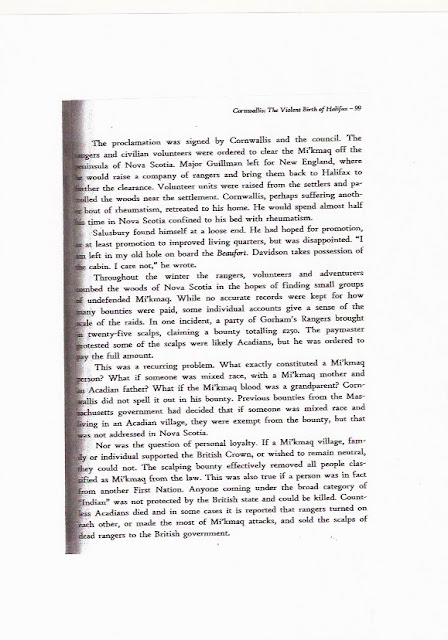